Rollin is the co-founder and co-executive director of the IPOP Foundation. Rollin specializes in working with adolescents and young adults, with an emphasis on at-risk youth. Previously, Rollin worked as a youth counselor for the Anasazi Foundation working with youth struggling with lack of motivation, defiance, mild mood disorders, drug and alcohol experimentation, internet addiction, entitlement issues, and other self-defeating behaviors. Rollin supervised youth on six-week wilderness-based, residential treatment programs which were rooted in the belief that all young people possess an inherent “seed of greatness.” Using an evidence-based therapeutic approach which addressed the biological, psychological, social and spiritual aspects of each child’s life, Rollin was able to influence the lives of numerous young people. Prior to Anasazi, Rollin started his own custom furniture company and was able to use his talents in woodworking to support himself while he obtained his bachelor’s degree in marketing with a minor in organizational behavior from Boise State University. 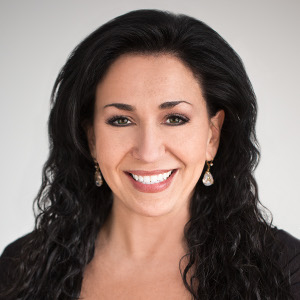 Amy is the co-founder and co-executive director of the IPOP Foundation. Amy provides expert mentoring and perpetuates entrepreneurship by mentoring, consulting, networking, and investing. She regularly participates in speaking engagements to educate entrepreneurs and specifically focuses on specialized groups such as: at-risk youth, high school and university students, girls and women in business, and single parents to name a few. Amy is also the founder and managing partner of REES Capital. Prior to starting REES Capital, Amy founded several successful healthcare technology ventures, including MediConnect Global, which she successfully sold for over $377 million in 2012. Amy has been the recipient of several prestigious awards including the Ernst & Young Entrepreneur of the Year Award, ACG’s Dealmaker of the Year Award, Brigham Young University’s Entrepreneur of the Year Award, and Utah Business CEO of the Year, among others. In 2015, Amy received an honorary Doctorate in Humane Letters. The Wall Street Journal, Forbes, Inc. Magazine, USA Today, Fast Company, Bloomberg Businessweek and many other national publications have featured Amy as a result of her many accomplishments. Amy serves on the board of numerous organizations including: Chair of Utah Valley University Woodbury School of Business National Advisory Board; University of Utah National Advisory board for David Eccles School of Business and Center for Medical Innovation Boards; Brigham Young University Founder's Board; BYU Wheatley Ethics Advisory Council; USU Clark Entrepreneur Founders Board; Stella H. Oaks Foundation Board; Center for Growth and Opportunity at USU Board; and The Hale Center Theater Board. She is an author and has been a contributor to Forbes and the Huffington Post.

As an ambassador for the IPOP Foundation, Dalton works with University students promoting Entrepreneurship as a pathway to self-reliance. Dalton previously served a full-time volunteer mission for the Church of Jesus Christ of Latter-Day Saintsand is an Eagle Scout. Dalton has a Bachelor's Degree in Family Science from Brigham Young University.

As an ambassador for the IPOP Foundation, Ashley works with High School and University students along with single mothers to promote Entrepreneurship as a pathway to self-reliance. Ashley previously served a full-time volunteer mission for The Church of Jesus Christ of Latter-Day Saints. Ashley holds a Bachelor's Degree in Entrepreneurship from Brigham Young University. 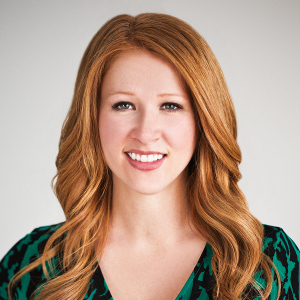 Shani Allsop is a mentor and educator for the IPOP Foundation; her focus lies in sharing her wealth of knowledge in organizational guidance and recruiting. In addition to her work at the IPOP Foundation Shani is a Partner at REES Capital. Most recently, Shani served as the Chief Operating Officer of MediConnect Global Inc. As COO, Shani was responsible for overseeing the entire day-to-day operations of the company as well as guiding the strategic development and execution of the company’s corporate and product plans. After joining MediConnect Global in 2004, Shani served in management roles of increasing influence and responsibility — including as Director of Operations, Vice President of Account Management and Vice President of Global Operations Support — as the company expanded to 1,600 people operating on multiple continents.

As a mentor and educator for the IPOP Foundation Dave Chidester shares his knowledge in areas such as: financial modeling, internal reporting, strategic planning, acquisition and exit strategy, capital management, and other key functions. In addition to his work at the IPOP Foundation, Dave is a Partner at REES Capital. Dave offers REES Capital’s portfolio of companies unique expertise related to all areas of business finance – a critical piece to the success of any growing company. Before joining REES Capital, Dave was Senior Vice President of finance at MediConnect Global, where he was responsible for guiding the company’s financial strategy and operations, including financial reporting, planning and forecasting, treasury, and capital management. Dave also played an integral role in the $377.8 million sale of MediConnect to Verisk Analytics in March 2012. Prior to MediConnect, Dave spent more than 10 years at Overstock.com – including five years as CFO – where he helped direct the company’s financial operations as the company grew its annual revenues from just $2 million to almost $900 million. He was also involved in taking Overstock.com public and in raising more than $400 million of capital through stock and debt offerings.